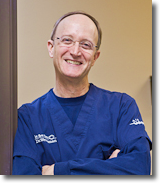 Dr. Alan Weissman is a 1983 graduate of the University of Houston College of Optometry, where he also completed his undergraduate studies. He has been in private practice since 1984 and has been involved with laser refractive surgery since the mid 1990s.Dr. Weissman has continued his education, having become licensed as a Therapeutic Optometrist in 1991 and in 2012 Board Certified by the American Board of Optometry. Dr. Weissman has participated in important clinical research, including the Post-Operative Co-Management Study on Photo-Refractive Keroplasty with the VISX Excimer Laser for FDA certification. He has extensive experience with pre- and post-operative co-management of excimer laser refractive patients.

While at our office, enjoy some of his beautiful photography that is on display!